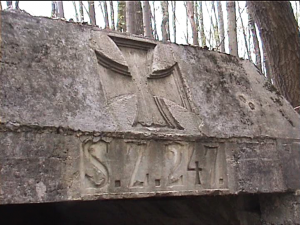 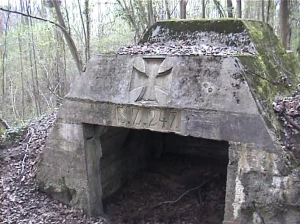 Scheinwerfer-Zug 247 (searchlight-section 247) was under command of the Pionier commander of the Garde-Korps. This armycorps consisted of 2.Garde-Infanterie-Division, 44.Reserve-Division and 15.Landwehr-Division and occupied the front between Roye and Noyon. Scheinwerfer-Zug 247 was attached to 15.Landwehr-Division (probably from july 1916 on), in two half-sections, one on the right flank and one on the left. This bunker is on the left flank of the division.
It could house a light searchlight (60 cm) on carriage, the seachlight itself pointing through the opening in the roof. The searchlight was meant for illuminating the battlefield in front of Dreslincourt (Oise), or maybe even the sky during the night.
The 15.Landwehr-Division held this part of the front for a long period of time, from the beginning of 1915 (then as Division Borries) until the withdrawal in march 1917.
The map on which the position of the bunker is marked with a red square, is actually a map of 1918, when the French had already connected the two trench systems together. The Germans occupied the area once more during their spring-offensives. 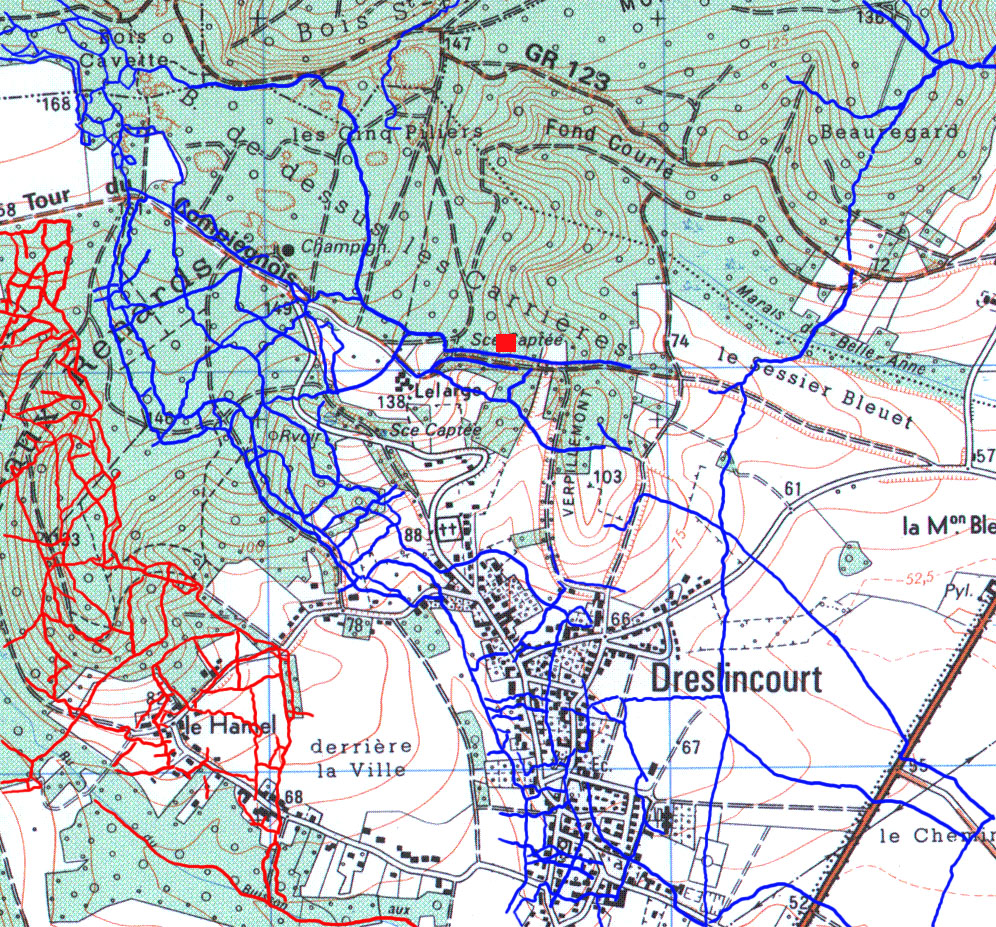 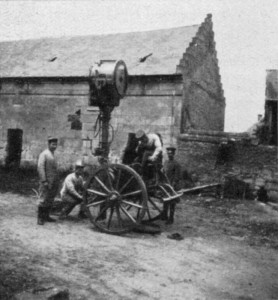 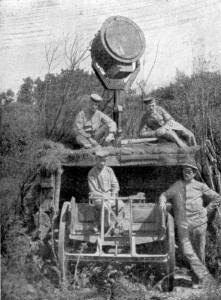 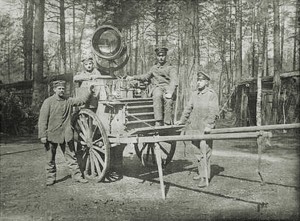 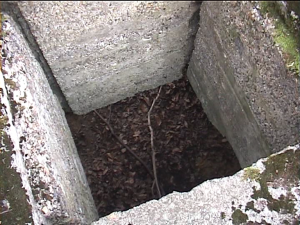 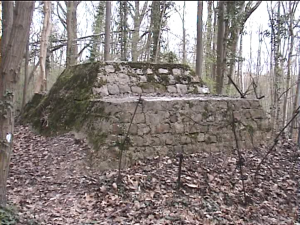 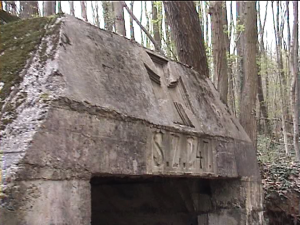